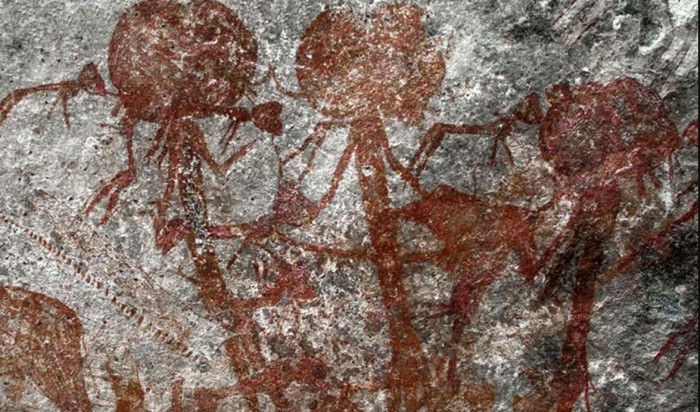 Motifs depicting three anthropomorphic figures have been discovered at a recently discovered rock art site in the Swaga Swaga Nature Reserve in Tanzania. This place was named “Amakhi 4 rock shelter”.

The researchers note that the drawings are in good condition due to the rock ledge that protects them from running water and sunlight.

The paintings of Amakhi 4 depict people, livestock and giraffes. But one drawing especially interested scientists. They saw in three mysterious figures anthropomorphic creatures with a buffalo head.

“Among the paintings of Amak’ha 4, the scene in which three images are concentrated is especially notable. In this trio, the figures appear to have stylized buffalo heads. These shapes resemble a central depression in the buffalo head profile. Two horns rise from there, and we can see the ears drooping, ”- Maciej Grzelczyk, lead author of the study at the Institute for the Study of Religions at the Jagiellonian University in Krakow.

According to Grzhelchik, in the current religion of the Sandave people, one cannot find elements of anthropomorphizing buffaloes or the belief in the possibility of transforming people into these animals. However, some ritual aspects hint at a connection with the drawing. The scientist suggests that the paintings were created several hundred years ago.

“Due to the degradation of paint and the absence of, for example, drawings depicting livestock, it can be assumed that they belong to the period of hunter-gatherers, so they are at least several hundred years old,” Grzhelchik says. 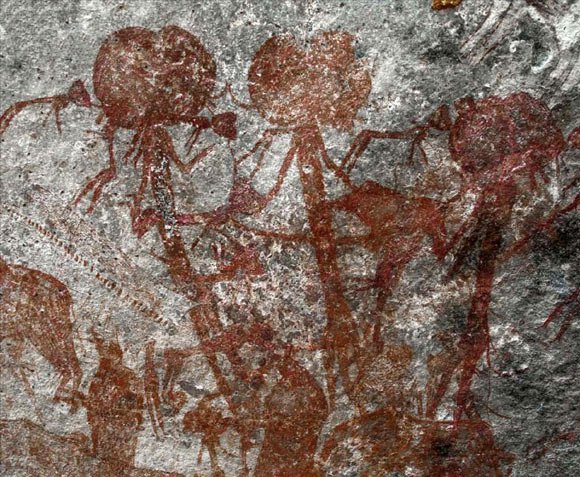 Schematic representation of a drawing in a cave 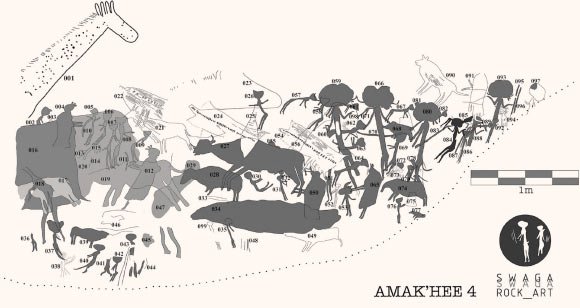 Schematic representation of a drawing in a cave

The researcher clarifies that motifs with triplets of human figures can be seen in other rock paintings in central Tanzania.

“Further field research will be conducted in this area to supplement the growing volume of published data on rock art sites in the region,” Grzhelchik concludes.

In this article:Anthropomorphic Creatures, Tanzania