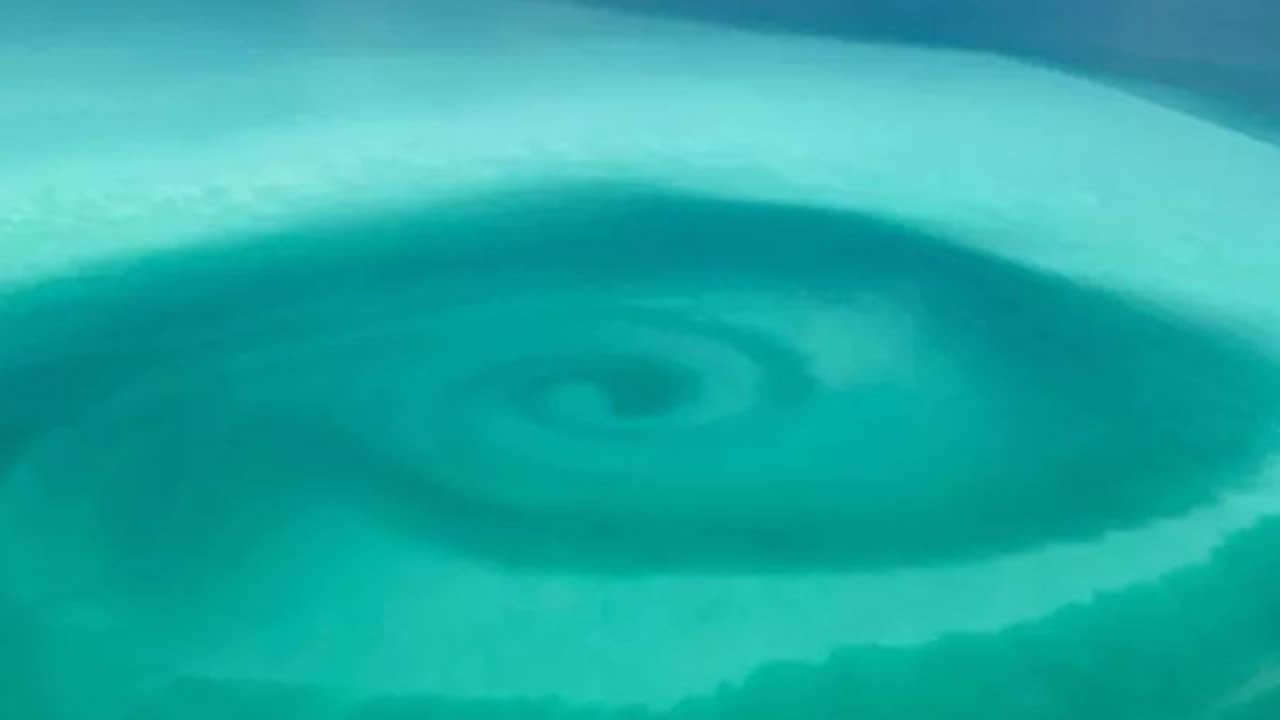 A swirl of strange color was formed after the passage of Hurricane Laura in Key west in Florida.

Hurricane Laura caused the water around Florida’s Key West to turn into a “crazy” color and to form a whirlpool.

Aerial images taken by commercial helicopter pilot Bryan Kasch shared views of the sea after the storm passed through the area on Wednesday.

Hurricane Laura formed in the Atlantic Ocean near the US Virgin Islands on August 21. Over the next few days, it moved toward the Gulf Coast, finally making landfall near Cameron, Louisiana, in the early hours of Thursday.

Florida passed as a tropical storm on August 25. A day earlier, the Key West National Weather Service (NWS) issued a warning to say there could be damaging wind gusts and there could be some coastal flooding, yet Laura ended up causing minimal damage.

Images shared by Kasch include an aerial view of a whirlpool. The NWS of Key West also shared the images, saying the image was taken from a height of around 152 meters.

Kasch, who works for Air Adventures Helicopters in Key West, said in a statement:

“I have seen some water color changes before, but nothing that intense. [Sin embargo] I’ve only been here for seven months, so I haven’t experienced any other hurricanes.”

According to the National Ocean Service of the National Office of Oceanic and Atmospheric Administration (NOAA) in the US, eddies are circular currents of water created by broader current patterns.

“The movement of eddies in the ocean brings nutrients normally found in colder, deeper waters to the surface.”

Eddies are associated with hurricanes, with very large formations containing a layer of warm water that intensifies storms.

Hurricane Laura has weakened significantly since it made landfall. It continues moving north and is now over Arkansas. Two “disturbances” are currently being tracked over the tropical Atlantic that have the potential to become stronger storms in the next five days, the NWS said.

The next two hurricanes to form this season will be Nana and Omar, the agency said.

In this article:Hurricane Laura, Key West