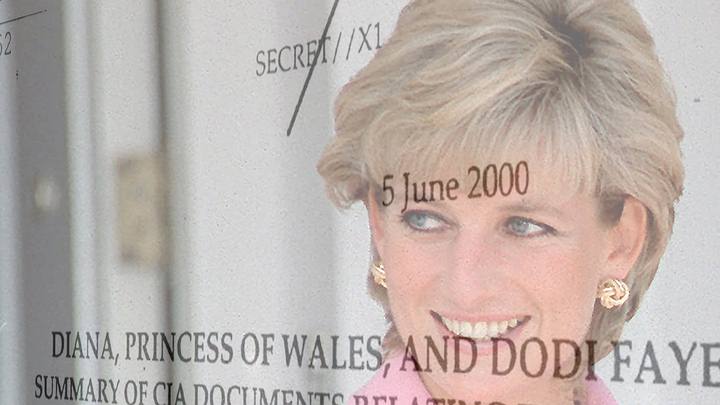 The death of Princess Diana of Wales continues to be shrouded in an air of conspiracy, and all the circumstances suggest that it was more than just an accident. The documents that we make available to you in this article have been recently obtained through a Freedom of Information Act (FOIA) request, and describe how involved British and American intelligence were in what happened.

In 1998, our contributor John Greenewald, from the site The Black Vault, asked the CIA for all records related to the death of Princess Diana. At the time, the agency did not confirm or deny the existence of records in this regard, something called the “Glomar response.”

Given the conspiracy theories surrounding Lady Di’s death, it was a rather strange reaction to the request. The attempt was stuck there for two decades until, in 2018, Greenewald contacted the CIA again requesting the same information and also asking about the status of the original request. 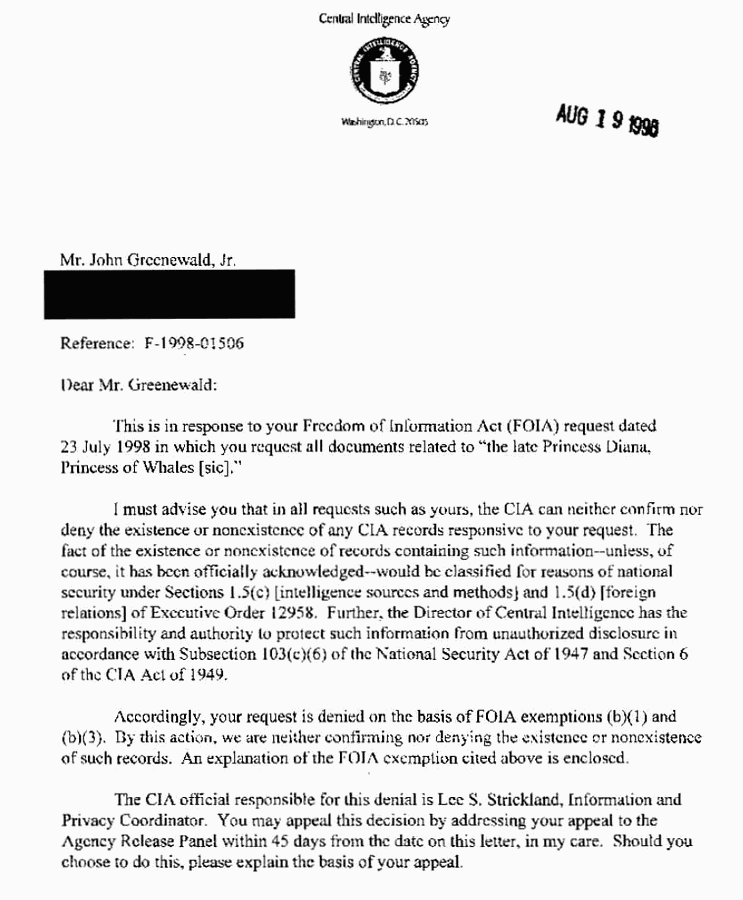 Glomar’s response to the 1998 FOIA request (It had a self-correcting error, where it said Whales should say Wales Wales)

Recently, and to our friend’s surprise, the agency responded by saying that it had sent him the files a couple of years ago, files that appear to have been lost in transit, as they were never received.

“So I asked for them to be sent to me again, as I had no indication that they had arrived. This is one of those requests that I would definitely stand out if the files showed up in my mailbox,” Greenewald said.

“I was surprised to see, when the files were finally forwarded to me, that the CIA had taken a little over two weeks to process them in 2018. It remains to be remembered, given the history of requests I have had with the agency, that precisely these files were lost in the mail”.

Below you will find the CIA records (in PDF) related to Lady Di’s death. Notably, the agency still refuses to acknowledge whether there is an additional document – beyond what they feel is already a publicly recognized link between the agency and the event. Although some files are from the Foreign Broadcast Information Service (FBIS), or simply newspaper articles, others were not.

Everything obtained by Greenewald on this occasion is available for download at the following link:

“Maybe in 10 years, try again to get the missing records,” he concluded.

In this article:CIA, Princess Diana of Wales 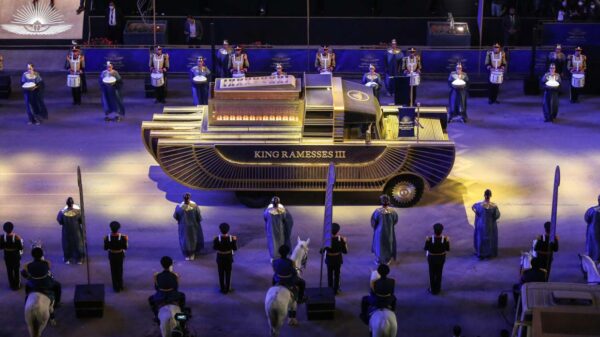