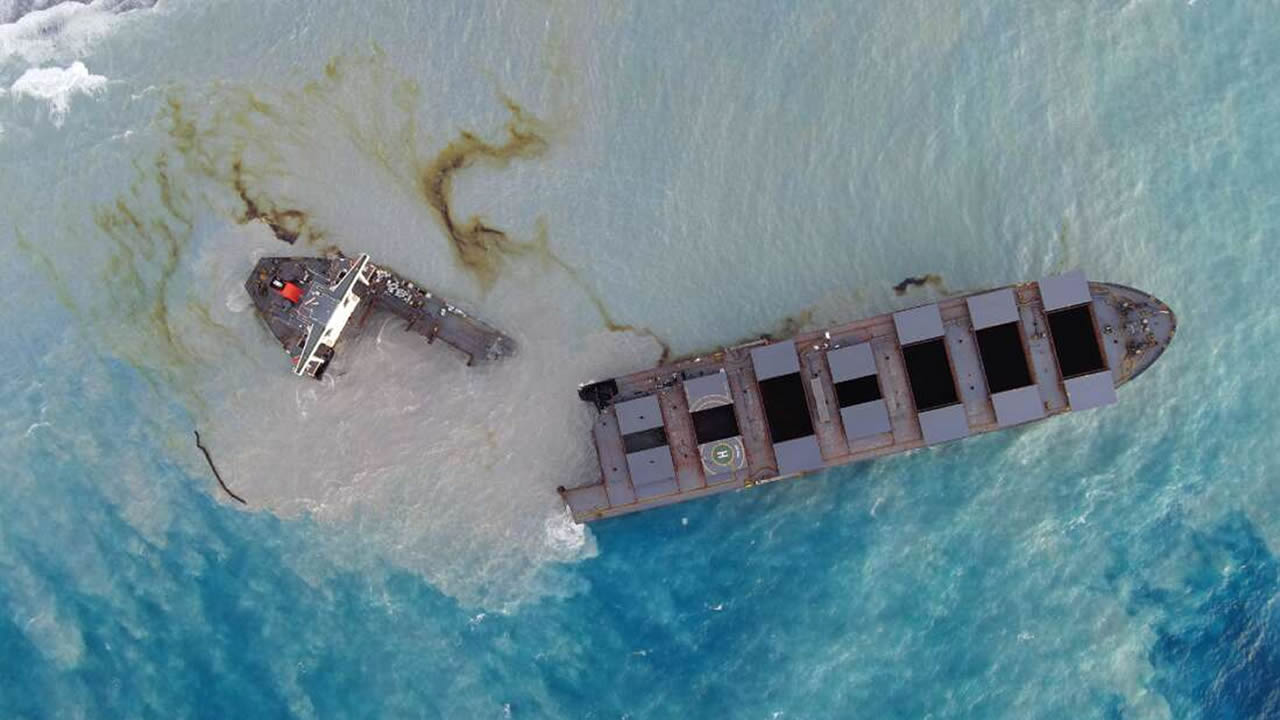 Government officials told the news outlet Reuters they have found several dead dolphins on the beaches of Mauritius.

First, 17 dead dolphins were reported and then another seven were found the next day.

Now, researchers have performed autopsies on the animals, and according to the analyzes, no oil has been reported in their bodies, so the cause of death is unknown until now.

It should be noted that several weeks ago a oil spill in Mauritius, which was listed as an environmental catastrophe.

Jasvin Sok Appadu, an official from the Ministry of Fisheries, said to Reuters last Wednesday.

“The dead dolphins had various wounds and blood around their jaws, however no trace of oil. Those who survived, approximately 10, seemed very fatigued and could barely swim.

It has also been reported that many dead fish and crabs have been found in the local area. Although the deaths have not been linked to the oil spill, environmental groups are blaming the incident.

“This is a deeply sad and alarming day for the people of Mauritius and for its unique biodiversity, known and appreciated by the global biodiversity community. Greenpeace calls on the authorities to carry out a public, transparent and rapid autopsy of the bodies collected”.

MV Wakashio, a Japanese-owned bulk carrier, struck a coral reef near Mauritius in the Indian Ocean on the night of July 25. The rough weather in early August caused the abandoned ship to break down and begin to leak oil in the nearby pristine waters. Approximately 800 to 900 tonnes of fuel oil spilled from the broken tank and spilled into the lagoon surrounding Pointe d’Esny on the southeast coast of Mauritius.

The death of at least 17 dolphins is a great loss for Mauritius’s #Biodiversity, and necessitates a thorough investigation.

If the recent oil spill is indeed the cause of this tragedy, then those responsible for it MUST be held accountable! #BreakFreeFromFossilFuels
Sha: shav pic.twitter.com/RCLsZUcgpM

On Monday, August 24, authorities deliberately decided to sink the ship after it split in two. This worsened the environmental impact of the wreck.

It is clear that oil spills drastically affect the environment, especially the surrounding marine ecosystems.

Mauritian authorities have reported that the incident will cause heavy damage at the site.

Ameenah Gurib-Fakim, a biodiversity scientist who served as President of Mauritius from 2015 to 2018, said to CNBC Africa:

“Beyond the fact that tourism contributes almost 24 percent of our GDP, we are facing a great ecological disaster. This is happening in one of the marine parks. This marine park is home to some rare species and some very delicate ecosystems ”.

According to Gurib-Fakim, they are terrified by the consequences of this horrible incident.

Advertisement. Scroll to continue reading.
In this article:Dolphins,oil spill