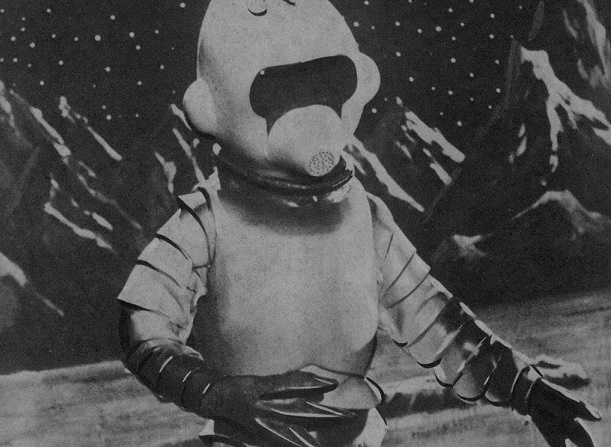 When you select candidates for astronauts, as you know, they test not only physical parameters, but also psychological ones. Therefore, there is no reason not to believe the stories of cosmonauts about strange and unusual phenomena that they encountered in space. The most reliable testimonies about UFOs are theirs.

To go to space, these people undergo a complete selection, including psychological, and still do not smoke and are not addicted to alcohol, so it is impossible to attribute the observation of foreign objects to the one mentioned above (as ordinary citizens are accused).

It is also believed that all the UFOs they saw are nothing but space debris, that is, fragments of the upper stages of rockets or remains of satellites. But not everything is so simple.

Some of the most unusual objects were seen by cosmonauts from the pictures of Soviet and Russian space stations. At least if you believe that the media in which this information was published, supposedly leaked accidentally, despite secrecy.

On September 29, 1977, the Soviet space station Salyut-6, the first second generation station, which operated until 1982, was launched into Earth orbit. Over the years, 26 cosmonauts have visited it, some of them twice, and it is believed that they regularly watch UFOs, but that information has not been strictly disclosed.

In the 1990s, when the USSR collapsed and there was a real mess in Russia in all areas, including those with classified documents, some documents “flowed” abroad, including to the United States.

Several of these documents, which reported the observation of UFOs by Salyut-6 cosmonauts, fell into the hands of the journalist George Knapp in unknown ways in 1992 and were published in the magazine Faith.

The documents described that in June 17, 1978, cosmonauts Vladimir Kovalenok and Alexander Ivanchenkov were watching for a whole day a strange object that flew through the station and moved so proportionately and logically that it seemed to be trying to examine the Salyut-6 from all sides.

On the right, at a 30-degree angle, there is a small object flying above us. It looks like a tennis ball and is shiny like an expanding star. Their speed indicators are lower than ours.

On May 5, 1981, Kovalenok again noticed a UFO on the Salyut-6 side. This object pulsed and moved randomly, without falling behind, but persistently flew behind the station. Kovalenok spoke about this years later in an interview with several journalists. In addition, this observation was recorded in the logbook.

On May 5, 1981, we were in orbit (on Salyut-6). I noticed an object that did not look like all the space objects I had seen before. It was a rounded object, like a melon, slightly elongated. Before him, there was something that revolved.

Kovalenok immediately called his colleague Viktor Savinykh, who decided to film the object on the camera, but barely managed to point the eyepiece at him, as if the object had exploded, and only a cloud of smoke remained. Kovalenok then decided that they saw a plasmoid, and Savinykh was sure it was a UFO or even a nuclear bomb explosion in space.

In 1980, cosmonauts Valery Ryumin and Leonid Popov reportedly saw strange objects aboard Salyut-6. They claimed to be observing a “cluster of bright white dots” that rose into space from the Moscow area. These objects rose so high that they were higher than the Salyut-6 orbit. Cosmonauts reportedly managed to take photographs of these objects, but everything was immediately classified.

An article about this case was first published in 1991 in the newspaper Rabochaya Tribune and then it was distributed by foreign media. The photographs mentioned, unfortunately, were not attached to the article.

In April 1982, the USSR launched the new Salyut-7 space station in orbit, which operated until 1986, when it was urgently removed from service, and in 1991 it burned when it was launched into the atmosphere. While cosmonauts were on it, they also regularly reported UFO sightings.

On July 12, 1982, during the docking of Salyut-7 to the Progress shuttle, cosmonauts Beregovoi and Lebedev saw a drop-shaped UFO flying right between the station and the ship. The object was observed at about 200 meters and was no smaller in size than the space station.

The following story seems particularly fantastic and completely unrealistic. However, some sources are convinced that this really happened:

In July 1984, when Salyut-7 was on the 155th day of his mission and the usual work was being done at the station, cosmonauts Oleg Atkov, Vladimir Solovyov and Leonid Kazim noticed a blinding orange light through the windows. When they started looking outside, trying to find out what it was, they saw something strange.

Out in space, not far from the station, seven winged humanoid creatures flew, each about 27 meters high. They had calm, bright, smiling faces, and the orange light was a glow emanating from their bodies. These creatures exuded peace and tranquility, so that cosmonauts would not feel any fear; they were simply very surprised.

According to an unspecified source, all three were later convinced that they saw angels, while that vision lasted for at least 10 minutes and during all that time the station flew in orbit at the usual speed, and the “angels” remained close. Then beings gradually “disappeared”.

There were assumptions that the entire crew became overworked and hallucinated, but the Salyut-7 crew, who worked on it on the 167th day of the mission, along with the first three cosmonauts, Svetlana Savitskaya, Igor Volk and Vladimir Dzhanibekov , also seemed to have seen the same “angels”.

At some point, the six suddenly noticed a bright light and, when they clung to the portholes, they saw several large “angels” hanging in the darkness of the space with the same friendly smiles.

In 1986, the Mir space station was launched into orbit, which was finally assembled only in 1996. Later, this station gave way to the International Space Station, but over the years of its operation there have also been several UFO sightings.

On September 27, 1990, cosmonauts Gennady Manakov and Gennady Strekalov saw a huge silver sphere that floated over the northern regions of the Earth. Later, in a radio interview, Manakov explained in detail about this incident.

According to him, a huge sphere hovered somewhere near the island of Newfoundland (in Canada) and was clearly visible, because the sky was very clear. The object hung above the ground at a distance of 20 to 30 km and was very large. Manakov watched for only 6-7 seconds, after which the ball suddenly disappeared.

Advertisement. Scroll to continue reading.
In this article:angels, Russia