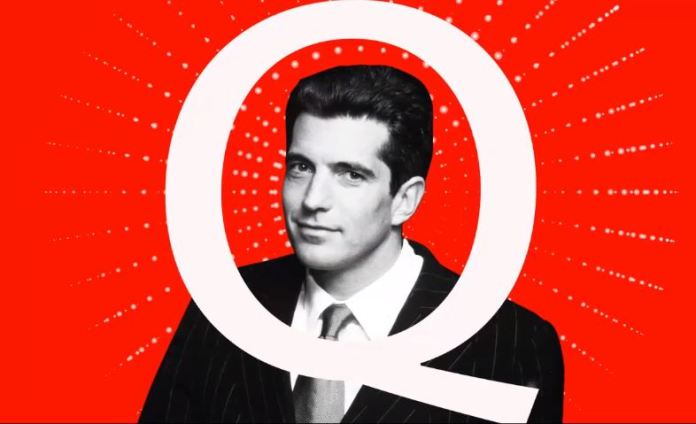 Conspiracy theories surrounding the JFK clan never cease, and this time, the networks claim that John John Kennedy is alive and behind QAnon.

Tragedy surrounded the family of assassinated President John F Kennedy, group members often have dark endings. A recent example is the case of Maeve Kennedy Townsend McKean, who drowned in April this year.

The ‘Kennedy curse’ claimed John Kennedy Jr.’s life in 1999, when he was 38 years old. The plane he was flying crashed near Martha’s Vineyard, Massachusetts.

Robert Kennedy, brother of the late president and uncle of ‘John John’, posted an image on Instagram along with a masked man.

An internet user identified as @guardianfelino spread the picture on social media with his conspiracy theory:

We don’t know if John-John (JFK Jr) is alive, but it is really suspicious that his uncle has posted pictures on his social networks on different occasions, accompanied by a mysterious masked man. This is really suspect, considering the resemblance to his ‘missing’ nephew.

John F. Kennedy Jr., the first male child of JFK and Jacqueline Bouvier, died on July 16, 1999, when the plane he was flying crashed in the Atlantic Ocean, about 8 miles from Martha’s Vineyard Island, Massachusetts, in the Northeast of the United States.

John John, as he was known, was a 38-year-old charismatic man. Along with him, his wife, Carolyn Bessette, 33, and his sister-in-law, Lauren Bessette, 34, died.

His death had a great impact, not only because it was a terrible accident, but also because Kennedy was a figure in which the American media had focused his attention practically since birth.

Recently, fuscaforcongress.com appears to foreshadow what many in the QAnon conspiracy community believe that John F. Kennedy Jr. would be alive and planning a run for Congress.

QAnon is the online conspiracy group that postulates that President Donald Trump is working secretly to imprison a large number of pedophiles in the government and in Hollywood.

But the site does not mention its links to QAnon. They mention the belief that President John F. Kennedy’s son faked his own death in 1999 to become a celebrity within the conspiracy group.

The conspiracy also postulates that ‘JFK Jr.’ is working secretly with Trump.

Could this site be the prelude to an ad for the enigmatic character QAnon?

At the moment, it is not clear, but we will wait to see the events.

Advertisement. Scroll to continue reading.
In this article:JFK Jr, QAnon