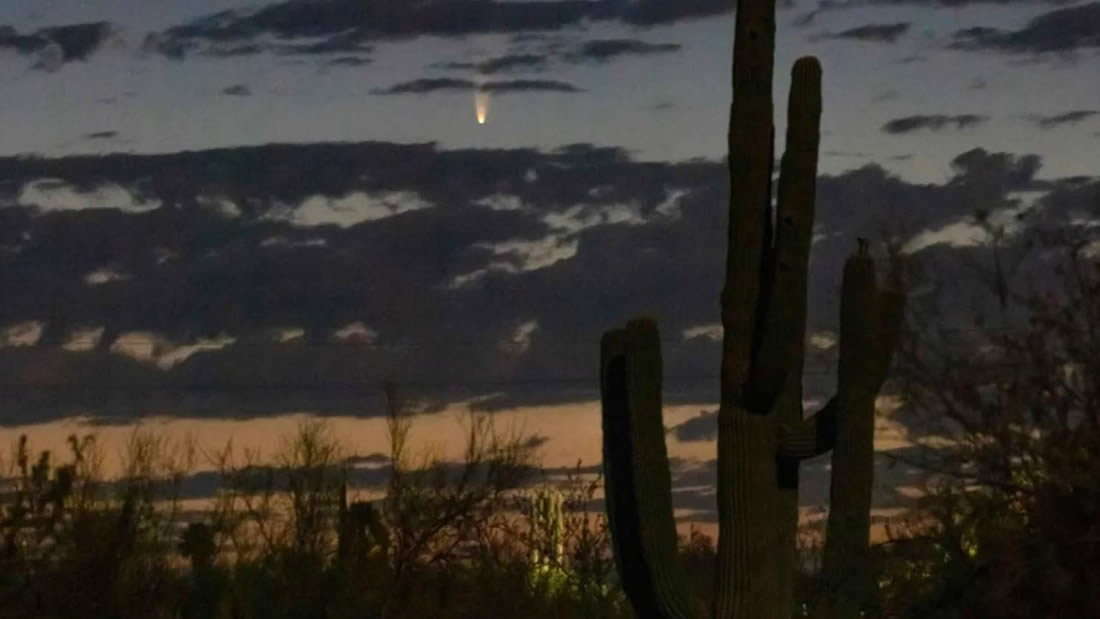 NEOWISE has arrived, the expected comet is already over our heads, illuminating the night sky with its great cosmic spectacle.

The human experience of comets is a fleeting phenomenon at best. The dark night sky can reward uplookers with a spectacular glimpse of these far-traveling objects, but it’s a view that lasts only weeks or months, before these icy bodies continue their travels.

AND C/2020 F3 (NEOWISE) nicknamed NEOWISE comet, has been a beauty.

Since early June, NEOWISE has captivated stargazers with its long tail and highly condensed core.

“From its infrared signature, we can say that it is about 5 kilometers wide, and combining infrared data with visible light images, we can say that the comet’s nucleus is covered in dark soot particles that remain from its formation near the birth of our Solar System 4.6 billion years ago. “

This is not like a shooting star, moving rapidly across the sky in a blaze of glory as it explodes into Earth’s atmosphere. Comet NEOWISE is still incredibly far from us (over 100 million km), in fact, and the glow is caused by the particles and gases around the comet that the Sun ignites as it makes its spectacular flyby.

On July 3 it reached its perihelion (the closest point to the Sun in its orbit), and has now begun its long, slow journey back to the outer regions of the Solar System.

But that doesn’t mean you have missed it if you are just learning about this amazing show now.

How to observe Comet NEOWISE?

Comet NEOWISE has begun to drift away from the Sun, but is now heading toward Earth, and its closer approach will take place on July 22. In the Northern Hemisphere, most of the time we lost sight of the comet in the morning, but for the next week or so (July 14-19) the comet will be visible to the naked eye (but will look better with a small telescope or even binoculars) about an hour and a half after sunset.

Where you should look in the night sky depends on where you are, and we recommend starting with EarthSky, especially for those in North America.

EarthSky indicates that the body will gradually rise each night, just below the Big Dipper.

Then in August, like ships at night, Comet NEOWISE and Earth will part ways, as the icy traveler continues its orbit back to the outer Solar System.

The next time we see Comet NEOWISE, it will be 6,800 years from now.

We wonder what the comet will see the next time it passes.

In this article:Nasa, Neowise comet