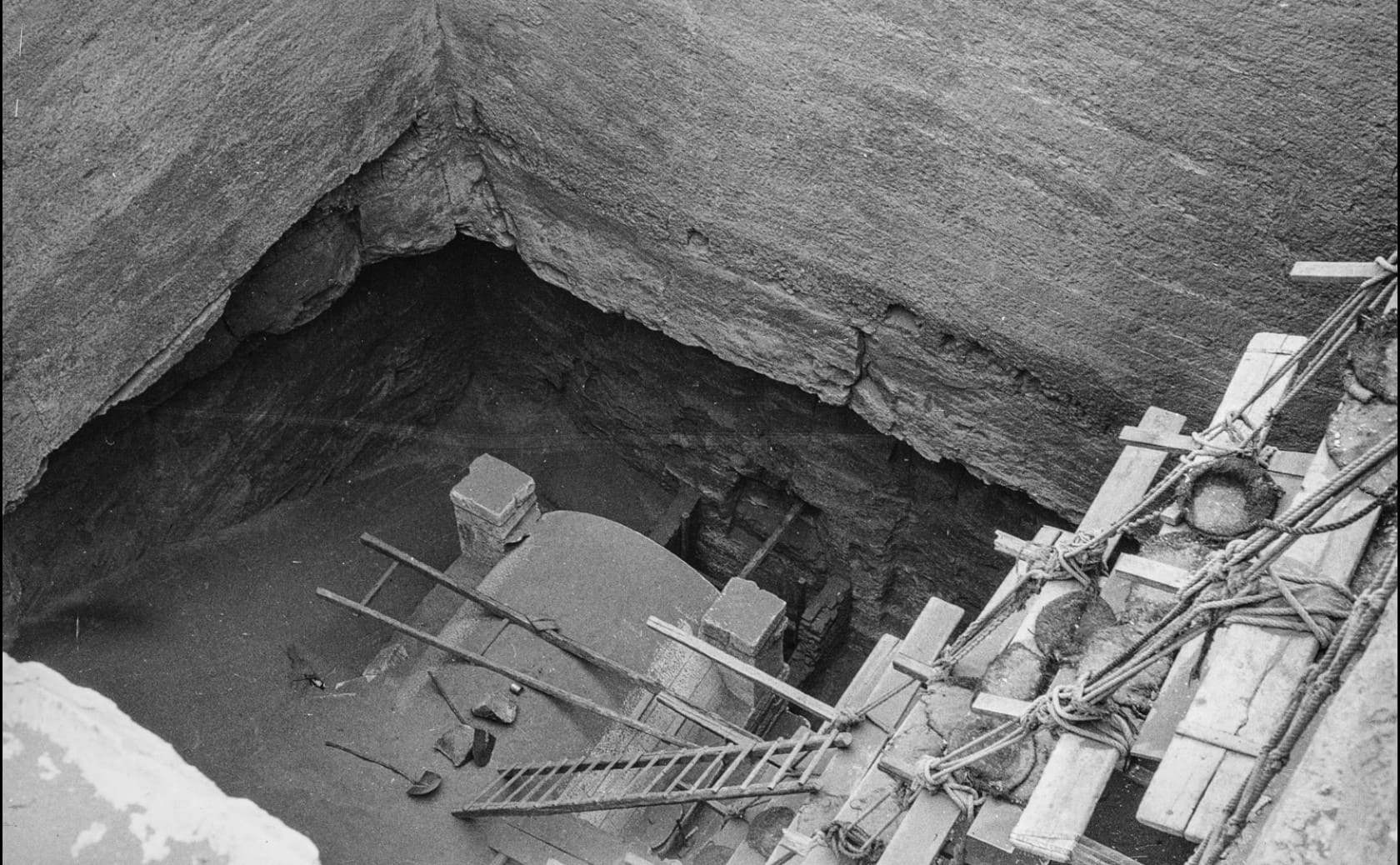 Sometimes, the logic of the Egyptian authorities, who in every possible way forbid archaeological and historical research on their territory, is not understandable. Arguably, the history of Ancient Egypt is the most intriguing and interesting broad direction.

In recent years, the study of the antiquities of this country has been extremely politicized. Only archaeologists who have received permission from the leadership of the country and the Academy of Sciences of Egypt are allowed to research.

In other words, accreditation is given to scientists who draw the “correct” conclusions from their discoveries. Moreover, such a policy is observed not only in recent times. Since the middle of the last century, representatives of the Egyptian authorities forbid in every possible way the exploration of ancient objects.

The history Zawiet el-Erian is extremely interesting. Archaeologists at the beginning of the 20th century dug out 5 tombs here and discovered 2 pyramids covered with sand. All seven constructions were connected by an underground city with their own streets and structures. Surprisingly, the discovered mummies were never studied.

The city was closed, and a military base was founded in its place, which is still functioning. Moreover, they did not begin to rebuild anything, the roads and buildings were ideally suited for the needs of the army. The only thing was that defensive towers and a high fence with gates were erected.

Because of this controversial and unexpected decision, it is still unknown who even built the underground city and whose tombs were found in Zawiet el-Erian. No chronicles indicating the construction or even the existence of this ancient city have been found. Or found, but carefully hidden?

Among other things, unlike the Egyptian structures of the 2nd-3rd millennium BC, more massive blocks were used here – weighing from 40 to 80 tons, as well as slabs weighing 200 tons. How something could be built by hand from such huge blocks and slabs remains a mystery.

The British archaeologists who discovered this city reported in their works that there was a basalt sarcophagus underground, half embedded in the wall, which made it impossible to get it and explore the contents.

Another mystery of Zawiet el-Erian is that basalt and granite were used during its construction, on top of which a thin layer of quartz was applied. What kind of technology allowed this to be done thousands of years ago, and for what purposes such a complex construction method was used is a big question.

Famous researchers believe that these buildings belong to the pre-Egyptian civilization. That is why access to the study of the underground city and structures was hastily closed under the pretext of building a military facility in a cultural and historical place.