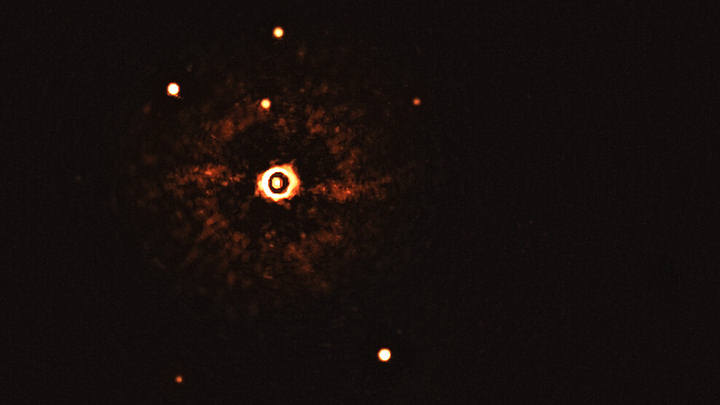 About 300 light years away, there is a young version of our sun that, like this one, has multiple planets orbiting it. And in case that wasn’t interesting by itself, astronomers have now managed to get the first direct image of this system. 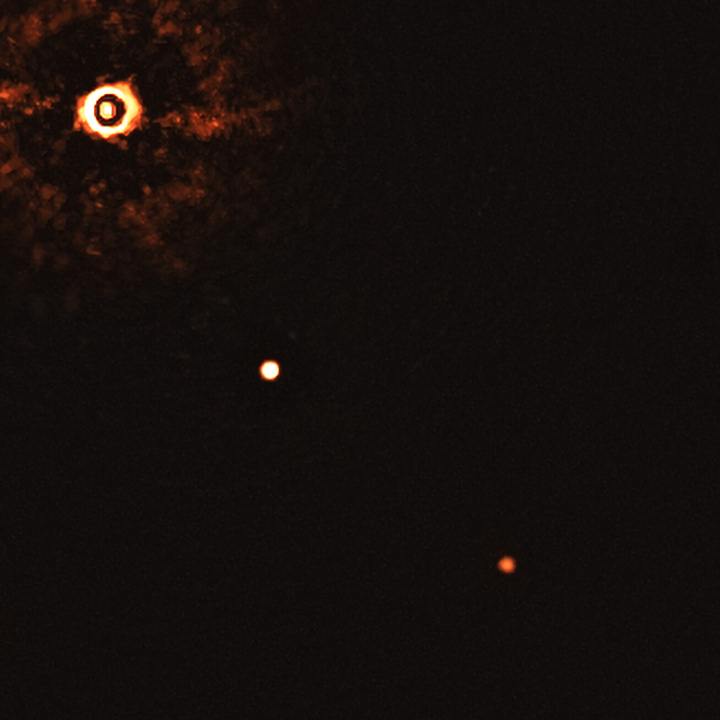 Using the Very Large Telescope (VLT) in Chile, astronomers at the European Southern Observatory (ESO) have taken the first direct image of a planetary system around a star like our Sun, located some 300 light years away and known as TYC 8998-760-1.

“This discovery is a snapshot of an environment that is very similar to our Solar System, but at a much earlier stage in its evolution,” says Alexander Bohn, a doctoral student at Leiden University, the Netherlands, who led the new research published today in The Astrophysical Journal Letters.

“Although astronomers have indirectly detected thousands of planets in our galaxy, only a small fraction of these exoplanets have been imaged directly,” says co-author Matthew Kenworthy, an associate professor at Leiden University, adding that “the observations Direct are important in the search for environments that can harbor life”.

The first of its kind

The direct image of two or more exoplanets around the same star is even rarer; So far only two of these systems have been directly observed, both around very different stars from our Sun.

ESO’s new VLT image is the first direct image of more than one exoplanet around a Sun-like star. 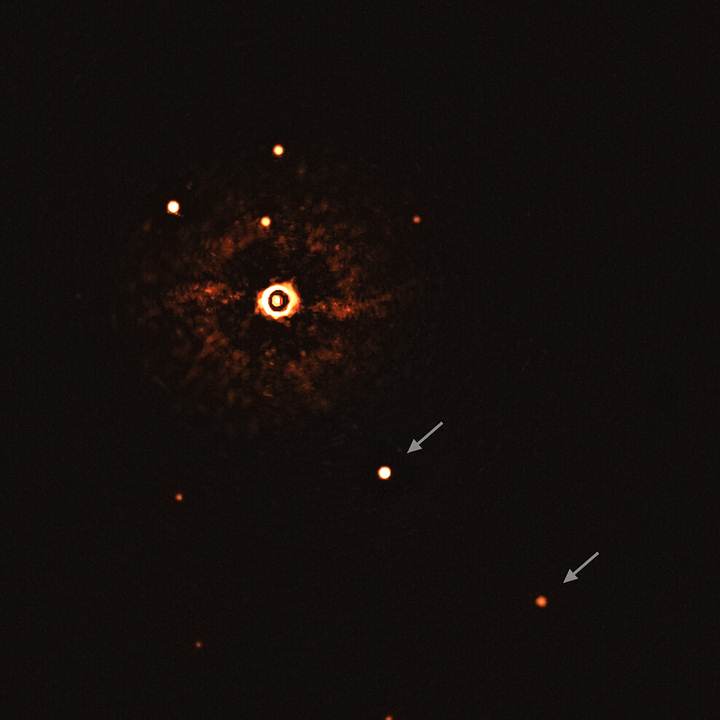 “Our team has been able to capture the first image of two gas giant companions orbiting a young solar analog,” said Maddalena Reggiani, a postdoctoral researcher at KU Leuven (Belgium) who has also participated in the study.

The two planets can be seen in the new image as two bright spots of light away from their parent star, which is located in the upper left of the image. By taking different images at different times, the team was able to distinguish these planets from the background stars.

The two gas giants orbit their host star at distances of 160 and about 320 times the Earth-Sun distance. This places these planets much farther from their star than Jupiter or Saturn (also gas giants) are from our Sun; they are only 5 and 10 times the Earth-Sun distance, respectively. The team also found that the two exoplanets are much heavier than those in our Solar System, the inner planet is 14 times the mass of Jupiter and the outer planet six times.

Younger than our solar system

Bohn’s team obtained images of this system during their search for young, giant planets around stars like our Sun, but much younger. The star TYC 8998-760-1 is only 17 million years old and is found in the southern constellation Musca (the fly). 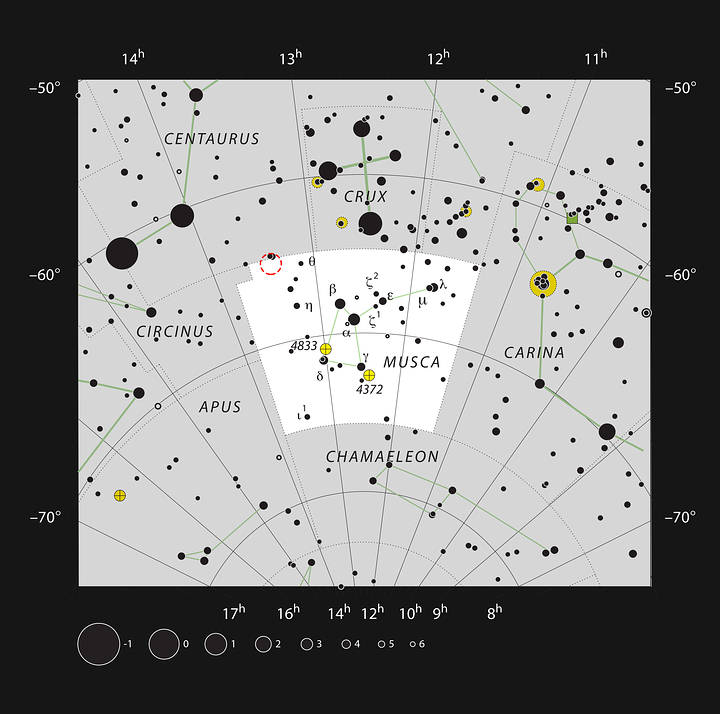 These images were made possible thanks to the high performance of the SPHERE instrument, installed in ESO’s VLT, in the Chilean Atacama desert. SPHERE blocks the bright light from the star using a device called a coronagraph, allowing it to see planets, the light of which is much weaker. While older planets, like those in our Solar System, are too cold to be detected with this technique, young planets are hotter, and therefore shine more in the infrared range of light. Taking various images over the past year and analyzing ancient data dating back to 2017, the research team has confirmed that the two planets are part of the star system.

In order for astronomers to confirm whether these planets formed at their current location, away from the star, or migrated from other locations, further observations of this system will be necessary, observations that can be carried out even with the future Extremely Large Telescope (ELT). ESO’s ELT will also help study the interaction between two young planets in the same system.

“The possibility that future instruments, such as those available in the ELT, will be able to detect even lower-mass planets around this star, marks an important milestone in the understanding of multiplanetary systems, with possible implications for history from our own solar system,” Bohn concludes.