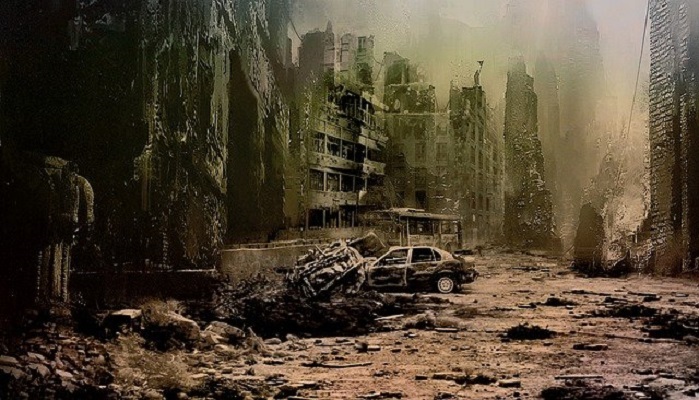 For thousands of years, people have believed that one day the world will be destroyed by a global cataclysm.

Fires, floods, earthquakes are most commonly mentioned, and in recent decades meteorite falls and nuclear war have been added.

Below we present some of the most famous forecasts.

The Mayan civilization, which originated about 4,000 years ago, built pyramids, knew mathematics and astronomy very well, and created complex calendars over long periods of time.

According to some decoders, one of the Mayan calendars ends with a fairly clear date – December 21, 2012. Hundreds of thousands of people, if not millions, in this regard, in 2012 await the End of the World and are in a state of fear and hysteria. Many books and TV shows are published on the subject, people are building bunkers, buying food and basic necessities.

When the Apocalypse didn’t happen, everyone sighed with relief, but two years ago there was news that the decoders were probably wrong and the year of the End of the World was actually 2020. But this year, too, the Apocalypse did not happen.

However, some conspiracy theorists interpret the events that began in early 2020 as “the beginning of the end“.

Many people are familiar with Isaac Newton’s extensive contributions to mathematics and science, but few know of his prediction of the End of the World. In fact, Newton, along with science, was also carefully studying theology and the Bible, being especially “passionate” about biblical prophecies.

In 2003, news broke in the media that a letter from Newton had been found in which, based on his interpretations of biblical texts, he listed the date of the Apocalypse for 2060.

While some believe Newton’s letter on the Apocalypse is pure speculation, not an actual prediction, many believe his words.

Those who oppose Newton’s “prediction of the day of judgment”, insist that he was an atheist, despite his interest in studying theology. He is said to believe neither in Christ nor in the worship of a divine being, and therefore cannot “predict the Apocalypse“.

The prediction of the True Way

Hong Ming Chen predicted that on March 31, 1998, at exactly 1:01 a.m., people across North America will see God on television, which will herald the End of the World.

The prediction did not come true, but Hong Ming Chen said that “has gone wrong and the end of the world will be next year“. He stated that the Apocalypse will come in the form of severe floods and an attack by “devilish spirits“. He also claimed that “his followers can be saved by paying for boarding spaceships that will take them away from the dying Earth“.

When the prophecy failed, it led to the final sect decline

An alien attack from the planet Clarion

In 1954, the American hostess from Chicago, Dorothy Martin, “stirs the spirits” with his prediction of an “inevitable doomsday“. She said she had received an automatic letter notification of an impending alien attack from planet Clarion and said the aliens would cause “a massive flood that will engulf the Earth“.

Almost all newspapers publish interviews with her, writing sinister headlines about the upcoming “Disaster day“ and Dorothy’s fans, who are called “Seekers“. In preparation for the Disaster Day, seekers quit their jobs, sold their belongings, and began gathering at Dorothy’s house to sing religious hymns.

The day of the disaster was declared by Dorothy to be on Christmas Eve 1955, but nothing terrible happened on that date. No “flying saucers” arrived and no aliens were seen.

Dorothy then said she received another message from planet Clarion stating that “God was so impressed with the Seekers’ faith that he decided to postpone the Apocalypse“.

The second coming of Jesus

Perhaps the greatest hysteria about the Second Coming occurred in the nineteenth century, when the famous preacher William Miller predicted that “The second coming of Jesus will take place in 1843.“.

At least 100,000 people believed Miller, became his faithful followers, and listened to his sermons. Miller asserts that after 1843, “the clouds will open and there will be a cleansing of the world”, calling on his followers “to repent, to atone for their guilts“.

When nothing special happened in 1843, Miller declared that “Jesus will come next year“. But even then, Jesus does not appear, and his followers leave him disappointed.

In most cases, people predict apocalyptic events, but sometimes animals are also declared prophets. In 1806, in Leeds, a country hen began laying eggs with the words “Christ will come soon“.

This caused great religious madness in Leeds, and many people from distant villages went to see the hen, her eggs with the prophecy, and to repent of their sins in preparation for the coming of Jesus.

Many saw with their own eyes how the hen lays an egg with an inscription, so no one doubts the miracle. Then, however, someone accidentally sees the animal’s owner, Mary Bateman, paint the eggs with ink, then carefully put the egg back into the chicken and lay it down.

Comet Halley appears in the sky every 76 years and its species has been accurately calculated by modern astronomers. But when astronomers announced in 1910 that Halley’s Comet would soon pass by Earth, it led to mass hysteria, fear and confusion among a surprising number of people.

One of the scientists said that the comet’s tail contains poison gas, and when this appeared in the press, poorly educated people decided that it can poison millions of people and then the End of the World will come.

The press only contributed to the beginning of the panic, exaggerating the rumors about the Apocalypse. People around the world are quitting their jobs and turning their homes into shelters, nailing windows and plugging all cracks to prevent people from poison gas entering their premises.

On the night of the comet’s flight, some people sat in their shelters, while others, on the contrary, even organized “comet parties” on the roofs to “die happy”. When the comet flew over and no one died from its gas, everyone was, to put it mildly, “very embarrassed“.

The predictions of Shoko Asahara

Shoko Asahara was the Japanese “prophet of the Day of Judgment”, which gathered fans after he became interested in yoga and esotericism in 1984. He told his followers that he could levitate and had “achieved enlightenment“.

In 1987, he founded the Aum Shinrikyo sect, which quickly became popular and gained about 10,000 followers. As Asahara’s popularity grew, so did his quest for supremacy. Asahara called on his followers to drink blood and bathe in blood, convincing them that this will save them from the inevitable Apocalypse.

Asahara predicted that the Apocalypse will occur between 1997 and 2000 due to gassing. Then some of his members decided to take matters into their own hands and literally create an Apocalypse. On March 20, 1995, members of the organization released toxic sarin gas into the Tokyo subway, killing 12 people and poisoning at least 5,500 people.

Asahara was arrested by Japanese authorities and sentenced to death by hanging in February 2004.

US Marshall Applewhite made a career in education, but resigned after the death of his father, which led to severe depression. In 1972, Applewhite met Bonnie Nettles, a nurse who introduced him to mysticism and biblical prophecies.

Together, they formed a religious sect called the Gates of Heaven, assuring their followers that they were divine messengers tasked with delivering the message of the Last Judgment to the people. Applewhite preaches about aliens who send human souls into their spaceships and give them a new body there.

Applewhite said that Jesus Christ is an alien who came to Earth, who after his resurrection boarded a spaceship and flew into space.

His theories of Judgment Day are based mainly on New Age movements and popular culture. Although his sect was not very popular, it successfully survived in the late 1970s and 1980s. In the 1990s and Applewhite’s “prophecies” suddenly became popular due to the passing of Comet Hale-Bopp. Applewhite said the comet was and alien ship which returns souls to completely new bodies.

Marshall and his followers were preparing to board this spacecraft, planning a mass suicide. On March 26 1997, Applewhite’s followers committed suicide using vodka cocktails, barbiturates and suffocation with plastic bags. Authorities have found 39 bodies of members of the Heavenly Gate, including Marshall Applewhite.

Scientists say that in about six billion years, our Sun will turn into a Red Giant after converting all its hydrogen into helium. This transformation will make it shine 3,000 times brighter and expand up to 20 times the current size of the Earth.

Increased solar radiation will eventually destroy Saturn and Jupiter, and if the Earth remains in orbit during that time, it will not be able to withstand the rising solar radiation.

Some scientists predict that after its expansion, the Sun will become a White Dwarf, others say that the Sun will constantly move away from the Earth, which will lead to the death of all life on the planet.