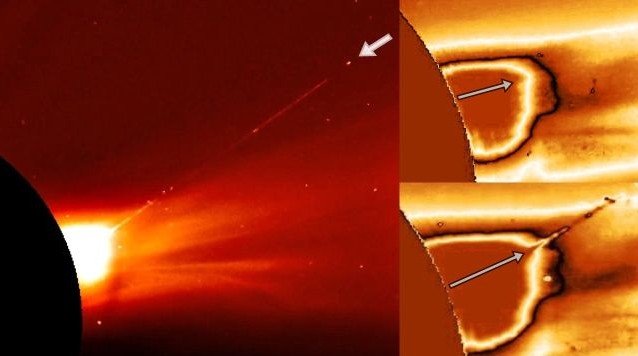 An incredible image of a coronal mass ejection (CME) escaping from the sun and reaching out into space to reveal a possible alien spaceship that appears to be exiting the sun leaving a huge plasma trail behind. This event was captured by NASA’s SOHO Lasco C2 satellite on November 9, 2020.

It appears that the alien vessel’s shield is still glowing from the enormous heat before it disappears into space. Although NASA scientists will likely say it was just a normal CME explosion of the sun’s magnetic field called coronal mass ejection, this aspect, which clearly flies through the solar flare, is more likely a UFO that used the sun for some reason. 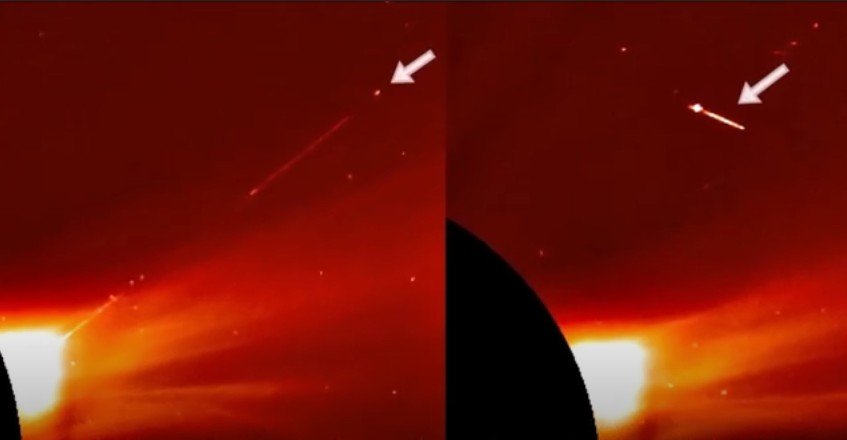 It is said that the aliens are sending their spacecraft into the sun, collecting the energy from the star or even accessing our solar system through a stargate, precisely, the Stargate of the Sun, so as to favor both an entry and exit from the dimensional portals that they are created on the star.