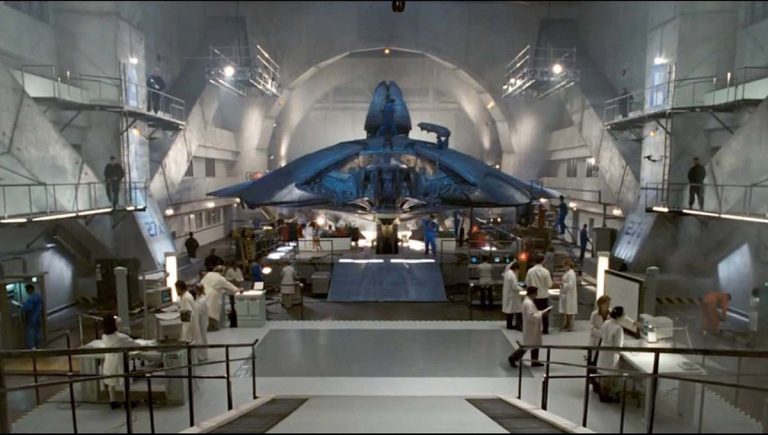 Area 51 is one of the most secret US military bases. Until now, there is very little official information about this place, which gives rise to a lot of rumors and assumptions. Recently, a book written by three authors was to be published. Its title is “Secrets of Area 51”.

The US government banned its sale, and a few days later, the authors announced that they had seized all copies and hard drives with information about this place.

However, something did become public thanks to an elderly man – Elliot Schwarzer. He claims to have worked at Area 51 for over 35 years, and his stories form the basis of the above book.

There is no official database of former employees of the facility, so it is simply impossible to verify the information. Therefore, there are two ways – to take the man’s word or not to take it seriously.

Elliot said in an interview that back in the 70s of the last century, American scientists received two signals from space. These were not just gibberish, but quite accentuated flows of information. It was in “Area 51” that they were studied and came to the conclusion that other civilizations know about humans.

Such a verdict was based on the fact that the amount of data received exceeded the information media available at that time. Representatives of an extraterrestrial civilization contacted people. In secret, a meeting was held with them by the top leadership of the United States.

And after some six months, people were no longer allowed to enter the 6th, 7th, and 8th underground levels of the base. According to Schwarzer, it was there that aliens settled. Elliot’s service ended in 2003. At that time, the lower floors of the underground base were still inaccessible to personnel. Probably, there are now joint developments and research being carried out with the aliens there.

Elliot Schwarzer also admits that in addition to Area 51, there are several more bases that are comparable in terms of secrecy. He claims he personally saw the plan on which the base was connected by an underground tunnel with six more similar structures. Elliot claimed that there is a train on an air anti-gravity cushion, capable of reaching speeds of up to 400 km per hour.

In 1996, an emergency occurred at Area 51. Three employees made their way to level 7. Two of them disappeared without a trace, and the third was captured, and he shouted that black and gray creatures were hiding there. Whether he saw something or not remains a mystery. Since then, the military guarding the lower floors have received permission to destroy anyone who disobeys the order.

A former employee of Area 51 said that in this laboratory they are researching technologies that would be ahead of our time by several centuries. For example, research is being conducted there based on antimatter, ether, thermonuclear fusion, and so on.

In 2009, according to Schwarzer, they managed to create a small black hole in Area 51, which lasted only a fraction of a second, but managed to distort time and space.

there were many interesting and even unreal details in Elliot’s interview, but the fact is that the authors of the book “Secrets of Area 51” assure that Schwarzer is far from the only one who talked about such things. There are dozens, if not hundreds, of witnesses. Former employees of the base willingly give out interviews during an informal conversation.

What can be said here? On the one hand, such statements seem nonsense. The fact is that if we assume that members of the US government are collaborating with aliens who flew to Earth from somewhere far away, then why does the United States still not have its own engines for interstellar flights? Well, let’s say they didn’t agree on their transfer.

What technologies are we talking about if the US is still quite comparable with other countries of our planet in terms of development? Japan, South Korea, Russia, China even overtake the United States in many industries in terms of development. Or were all of them also helped by aliens to reach their existing level?

On the other hand, why was it necessary to seize all copies of the book and forbid its sale if what was written was fairy tales?

It is clear that “Area 51” is not an ordinary military unit. There really can be cutting-edge research hiding in its bowels.

In this article:Area 51, Underground Military Facilities