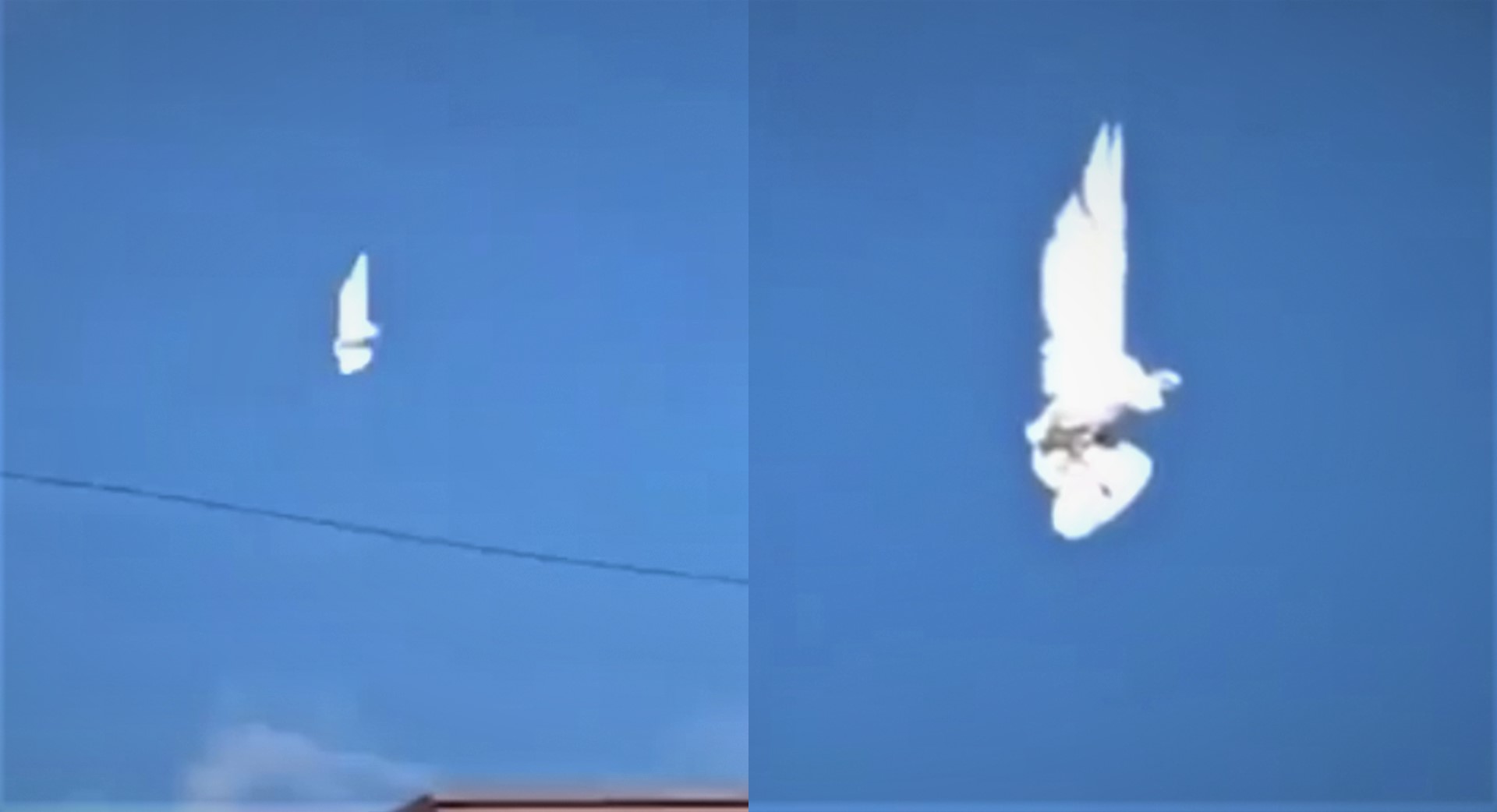 In a viral video that circulated on social networks, you can see a bird “suspended in the air” before the astonished gaze of many.

Twitter exploded these days with a video that summoned credulous and skeptical alike: the video of an alleged “bird suspended in midair”.

It all started when the Twitter user @1004sebas uploaded a video directed to youtuber Dross, famous for videos on crimes and paranormal topics:

“Dross, I share this video with you of a clear example of a failure in the Matrix; it happened in Colombia, my country, I would like you to analyze it and know what you think ”, he wrote.

In the video, taken in Colombia, an object is seen, which the user identifies as a dove, stopped in the air.

In the footage, more than one passerby stops to observe the bird, which, according to several people on Twitter, “Looked stunned”.

Another Twitter user commented that the video was not a “Failure in the Matrix”, but of a heron caught in a cable.

The evidence he showed was another video where firefighters could be seen rescuing the bird that was injured after it got stuck.

Such videos are not uncommon, you can see some examples on the situation with airplanes and birds:

In the end, was it a “Failure in the Matrix” or an animal suffering from a work done by human beings?

Advertisement. Scroll to continue reading.
In this article:Matrix,viral