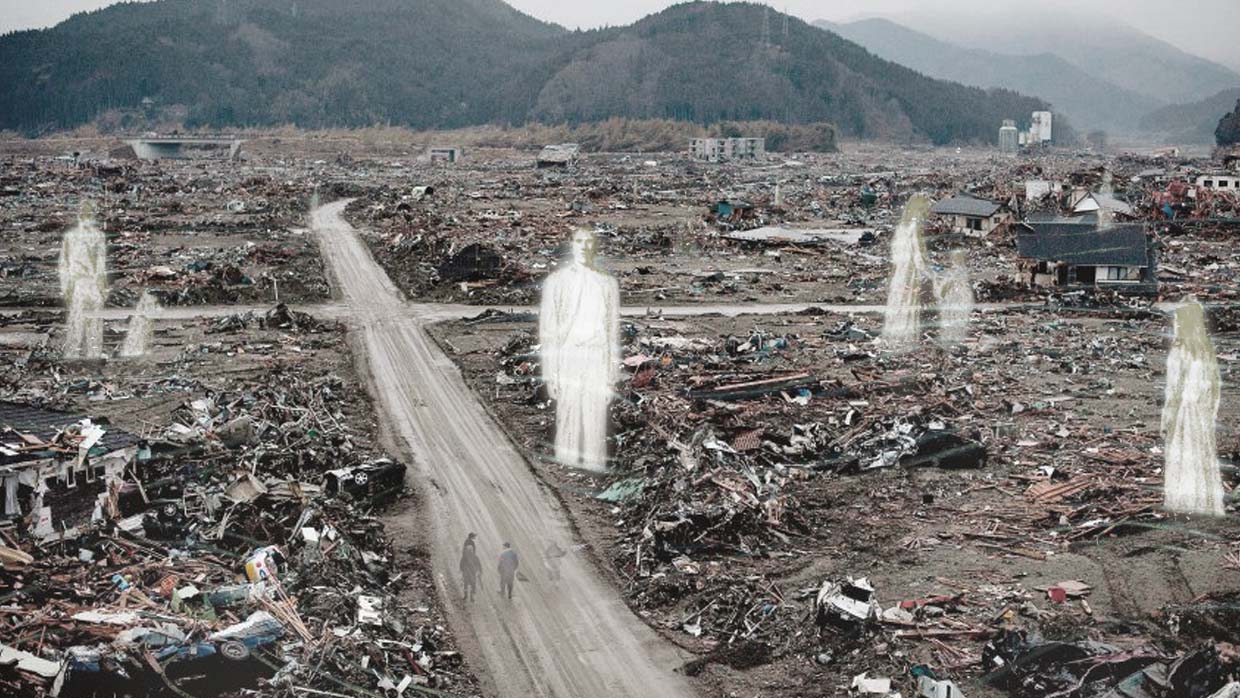 On March 11, 2011, shortly before 3:00 p.m. local time, a major earthquake struck the coast of Japan. At a magnitude of nine, it was the most powerful earthquake ever recorded in Japan and the fourth largest in the world in recorded history.

The great earthquake, with an epicenter of 70 kilometers from the coastal areas, unleashed a gigantic tsunami, which claimed the lives of more than 19,000 people. Huge waves, which reached 40 meters and with a speed of 700 km / h hit the coast and penetrated up to 10 kilometers inland, destroying everything in their path.

People had only a few minutes to flee their homes and take their belongings and, horribly, more than 100 evacuation sites were razed. Many drowned, but thousands more were killed by a blunt force when trees, vehicles and buildings were toppled by the terrible power of the tsunami.

More than 120,000 buildings were destroyed and almost 300,000 suffered a “Partial collapse” due to the extreme force of nature. Roads were devastated, along with rail lines, and millions of homes were without electricity or water. The tsunami also caused a catastrophe at the Fukushima nuclear power plant, with much of the surrounding area still uninhabitable.

After the devastation of the tsunami, more than 340,000 people were left without their homes and affected areas suffered from shortages of food, water, medicine and fuel.

Tons of debris accumulated around the coastal cities affected by the tsunami and it is estimated that more than a million tons still remain in the Pacific Ocean. And when the clean-up operation began and people began to slowly return to their homes, facing another nightmare.

Where before the houses of neighbors, friends and loved ones had been, now there were nothing but ruins and lost lives. People had to try to rebuild their lives from the rubble. Amid the mental anguish of returning to familiar places where they had once been happy, many reported strange things happening.

The ghosts of Fukushima

From waking them up at night to unusual noises or sensations, to strange presences as they tried to return to their daily lives in the shattered communities that had been washed away by the tsunami. There seemed to be only one explanation: the apparitions of the ghosts of those who had lost their lives on that terrible day in March.

Some even reported seeing rows of ghostly figures, waiting patiently among the rubble, which had previously been a supermarket. For Shinichi Yamada, a father of two, the terrifying phenomenon that followed the tsunami was very real as he and his sons tried to rebuild their lives.

He had escaped the waves that destroyed his home and later rescued two Buddhist statues from the rubble. But while trying to short out his “new life”, he said that strange phenomena began to happen. He revealed that his two sons got sick suddenly and an inexplicable chill seemed to follow the family through the house.

“A couple of times, when I was lying on the bed, I felt something cross me, cross my chest” Yamada said. 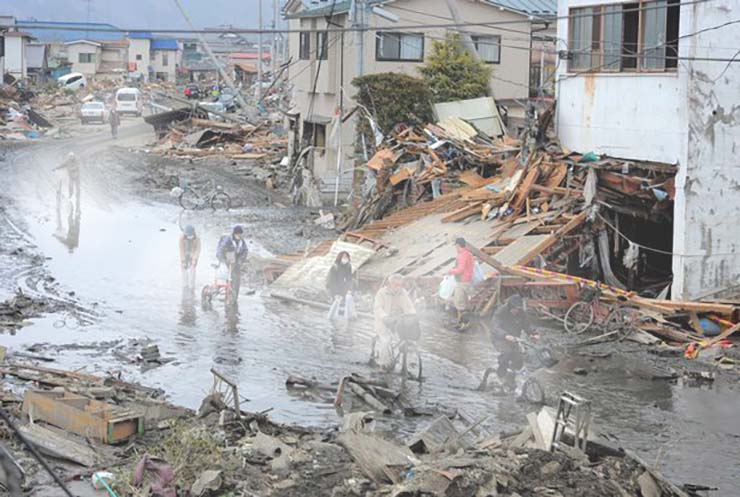 The concerned father, along with many other tsunami survivors, felt there was only one place he could ask for help: a exorcist. Kansho Aizawa has helped countless families deal with ghosts after the tsunami and says that she herself has seen many apparitions.

“There are headless ghosts, and some lack hands or legs, others are completely cut in half”, Aizawa explained in a chapter of the television program “Unsolved mysteries” issued last year. “People died in many different ways during the disaster and were thus in limbo. So it costs us a lot, we see them as they were when they died. “

The problem of ghostly figure visions became so severe in certain areas that the taxi drivers they were afraid their customers were spooks rather than living passengers. In the immediate aftermath of the tragedy, people sought the exorcist’s help to ensure that their loved ones were happy in the afterlife, but that changed over time.

“At first, people came here wanting to find the bodies of their relatives” Aizawa continued explaining. “Then they wanted to know exactly how that person died and if his spirit was at peace. They have begun to want to convey their own messages to the dead.”

For Yamada, his troubles ended when he built a shrine for the two Buddhist statues. People are still convinced that there are still ghosts, but now they believe that through their loving actions, their spirits are finally at peace.

However, not everyone is convinced that these apparitions are of spiritual origin. Keizo Hara, a psychiatrist from the city of Ishinomaki, one of the areas most affected by the tsunami, explained that the places where people say they see ghosts are largely those areas completely washed away by the tsunami. One explanation was that those who had witnessed the destruction they could be suffering from post-traumatic disorder.

“We believe that phenomena like ghost sightings are perhaps a mental projection of the terror and concerns associated with those places.” Hara said. “It will take time for PTSD to emerge for many people in temporary housing and for whom nothing has changed since the earthquake.”

Whether they are true ghosts or the result of post-traumatic stress, 10 years have passed since that catastrophic disaster. Now, in a garden nestled on a small hill, under the broad branches of a cherry tree, a white telephone box glows in the early spring light. Survivors of the Fukushima disaster in 2011 say that the disconnected phone line helps them stay in touch with those they have lost. 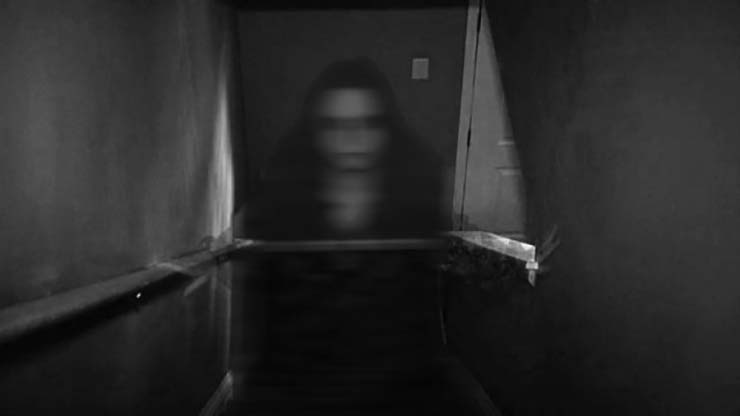 Kazuyoshi Sasaki visits the cabin in the city of Otsuchi to speak with his late wife. She was one of nearly 20,000 people who died in the earthquake and subsequent tsunami. While dialing her now-missing mobile number, he breaks down in tears as he explains how he searched for her for days after the disaster.

He keeps updating her on the things that have happened in his life: he moved out of temporary housing, his son is building him a house, and he’s lost a bit of weight. For Sasaki, the phone booth is direct communication with his wife.

Sachiko Okawa uses the phone to call her late husband, to whom she was married for 44 years. She asks him what he’s been doing since he was swept away so many years ago by the tsunami.

Sometimes she brings her two grandchildren so they can also talk to their grandfather. The “Phone from beyond” now attracts thousands of visitors from all over Japan. It is used not only by tsunami survivors, but also by people who have lost family members to illness or suicide.

Known as the Wind Telephone, it was built by Itaru Sasaki, who created it after he lost his own cousin to cancer a year before the Fukushima disaster.

There are also many who they claim to have heard their deceased loved ones on the other line.